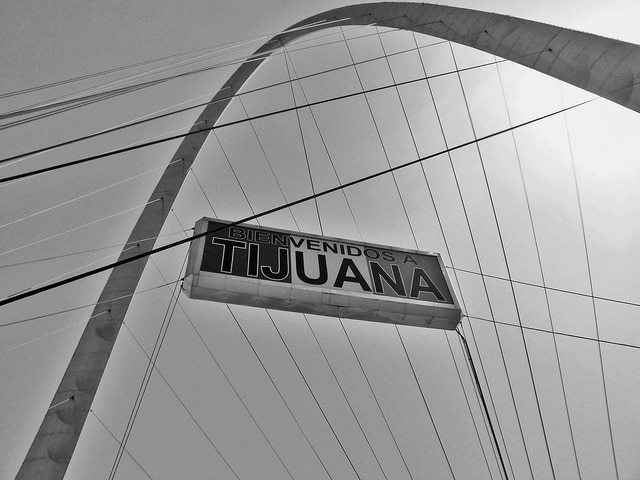 Soon you will be able to walk fromTijuana in Mexico to San Diego in California using a brand new pedestrian bridge … there is a catch, though. In order to use the bridge, you'll need to be an airline passenger.

A new port of entry called the Cross Border Xpress is set to open on December 9, bringing an alternative path for ticket-carrying airline passengers who want to reach San Diego faster. The 390-foot pedestrian bridge connects the A.L. Rodríguez International Airport in Tijuana to San Diego’s Otay Mesa neighborhood, and will allow access solely to airline passengers for a toll fee starting at $15.

The land-linking passenger bridge is built and operated by Otay Tijuana Ventures, which shelled out $120 million for the infrastructure. Company CEO Enrique Valle said in a news report that users of the bridge will enjoy a 20-percent discount within six weeks after the December opening. The discount will be extended permanently to senior citizens and to young passengers between 2 and 12 years old, while children below age 2 can use the facility for free.

Cross Border Xpress will take an average person about 5 minutes to walk from end to end. Meanwhile, persons who need assistance will be provided motorized carts as per request.

The operating company envisions its project as a unique kind of traveling access point. “We are not an airport port of entry, (and) we are not a land port of entry... It is a hybrid facility,” said Valle. The company hopes to get a large portion of airline passengers in the Tijuana airport – amounting to roughly 4.5 million passengers every year – to use the bridge.

With the huge crowd drawn by the two existing ports of entry (San Ysidro and Otay Mesa), Cross Border Xpress should be able to offer a much faster and more convenient alternate access point for Tijuana travelers who want to reach the U.S. via San Diego.