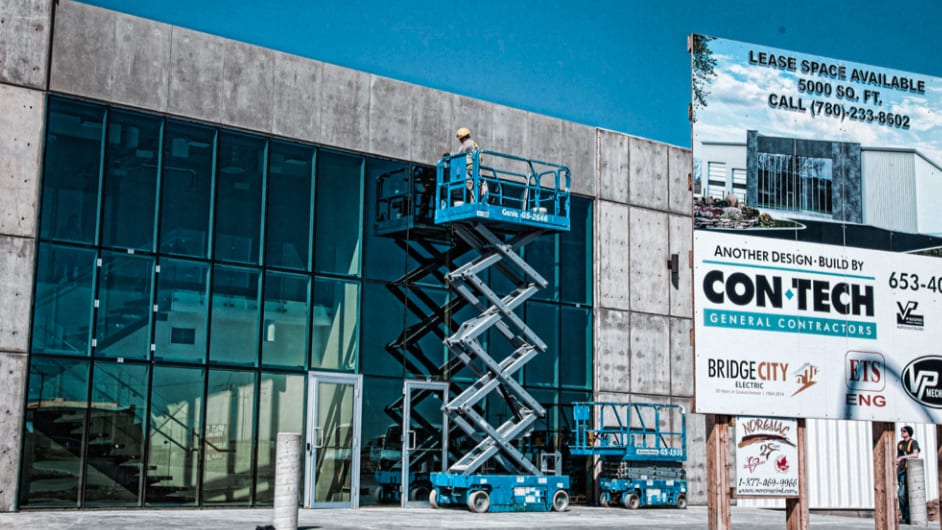 ON THE FRONTIER OF CHANGE

Con-Tech was one of Canada’s earliest adopters of ProEst software, a choice designed to complement their traditional pencil-and-paper estimating methods with a more technically advanced approach. Con-tech’s goal was to consolidate information and automate processes that were time-consuming and burdensome for the company’s estimators all while delivering the kind of detail and accuracy that resulted in awarded projects. Equally important, because the estimating team had varying degrees of comfort with technology, Con-Tech knew that if the platform wasn’t intuitive and easy to work with, it would remain largely under-used. It was a substantial ask, but Brady Plett, who joined the company as a full-time estimator and project manager in 2015, found that ProEst met Con-Tech’s expectations. “ProEst is the only estimating software I’ve ever used,” he said, “and it’s been great.”

Getting More Estimates Out The Door

As soon as ProEst went into the cloud, Con-Tech knew that they needed to follow, and transitioned to ProEst Cloud in 2018. The experience, according to Plett, was straightforward and relatively quick; he got up to speed on the cloud platform in about a week. A newly hired estimator, who had built his own Excel-based spreadsheet estimating system for a rival construction firm—and often competed with Con-Tech for the same projects—was a ProEst Cloud enthusiast right away. “He had always wondered how we were able to do so many bids,” said Plett. “I didn’t think much about it, because for me, ProEst is just the normal way of doing things.” According to Plett, it was only after the new estimator saw how well ProEst functioned that the reason for Con-Tech’s high-volume estimating productivity became clear.

Taking The Stress Out Of Bid Closing Day

The pressure of bid day deadlines is a fact of life for construction companies, but thanks to ProEst, it’s a lot less stressful for Con-Tech estimators, who appreciate the speed with which the software updates proposals with last-minute pricing from subcontractors. Plett explained: “The biggest advantage (to ProEst) is being able to change your numbers easily. For example, on a bid closing day, you have a plumber send in a price, then half-an-hour later you get another plumber’s price, and it’s lower, so you update your estimate. Then, an hour later, you get another one. (With ProEst) you can just punch in the numbers and make thos changes—your total updates and all of your mark-ups push through.” Tackling that kind of complexity on graph paper, especially under pressure to submit a bid on time, would be, says Plett, “crazy.”

We can have the entire estimating team logged in to the same estimate and working on it at the same time, which is awesome. ”

A New Ability To Work Collaboratively

The ability to work remotely has taken on new meaning for Con-Tech employees since stay-at-home policies were put in place by the Canadian government; Plett reports that ProEst has allowed their estimators to continue to collaborate on proposals in spite of being physically far apart. “There have been quite a few times when we have multiple people working on the same estimate,” he said. “We could do that before with the desktop version, but it wouldn’t save the changes that one person made. Now, we can have the entire estimating team logged in to the same estimate and working on it at the same time, which is awesome.”

Business growth, according to Plett, is always the goal, which factored into their decision to adopt the ProEst platform for estimating and Viewpoint project management in the first place. “We’ve seen that it works to add people,” he said, “and that they pick up ProEst relatively quickly.” For Con-Tech, scaling the business is supported in a very real way by their partnership with members of the ProEst team, who consistently reach out to see how Con-Tech is doing and check to see if there’s anything they need. Plett summarized the relationship this way: “It’s been awesome for us.”

Based in Saskatoon, Saskatchewan, Canada, Con-Tech provides a wide range of general construction and infrastructure upgrade projects for developers and public sector clients in Saskatchewan, Alberta and Manitoba. The company also functions as a design/build partner to commercial building owners, overseeing projects from concept to completion. Founded in 1994, with a current workforce of 90 employees, Con-Tech has used ProEst as an estimating tool for the past seven years, moving to the ProEst cloud platform in 2018. The company’s awarded bids range in value from $100k to $12M.
https://www.contechgc.ca/