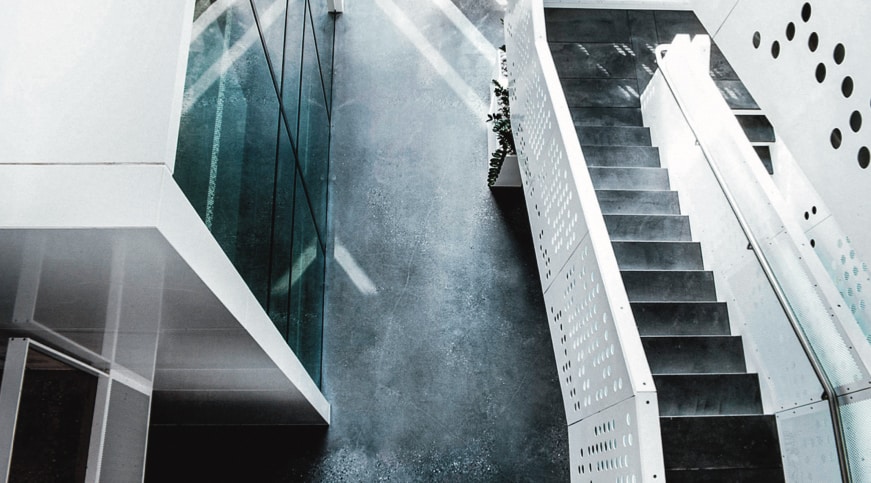 Ben Vander Veen, Director of Pro Grind, was an early adopter of ProEst in Australia, moving to the cloud-based platform in 2018. After several years of using Viewpoint’s ProContractor as their primary estimating tool, it became clear that end-to-end integration with other applications should take priority, and the company chose to implement ProCore, a construction management solution, and ProEst simultaneously. Vander Veen, a former software designer with extensive knowledge of technology platforms, felt strongly that a cloud solution was essential to their long-term success, offering the kind of flexibility and access that server-based estimating software lacked.

If you want to be as efficient as you can, use ProEst."

For Pro Grind, making the move from ProContractor to the ProEst platform was straightforward— and lightning fast. Asked how long it took to feel fully comfortable with the new system, Vander Veen didn’t hesitate to answer: “Once we got involved,” he said with a laugh, “about half- an-hour.” His own background in technology made the transition relatively seamless, but he adds that ProEst’s user-friendly interface was an essential factor in its adoption companywide. After a couple of online training sessions with ProEst, augmented by onsite training with Vander Veen, the Pro Grind estimating team had ProEst up and running within two days. The platform is currently used by two full-time Pro Grind estimators, whose combined efforts are projected to generate an average of $1.5M of awarded project value each week.

Moving to a remote work style has been very simple for us. No other systems were needed; we were ready for it."

The value of ProEst’s simplicity hasn’t been lost on Vander Veen. As a business owner with constant demands on his time, he quickly came to appreciate how ProEst empowered his team to work independently, a benefit that lets him stay focused on his own decision-making. With ProEst, said Vander Veen, even less tech-savvy employees feel comfortable with what he describes as an “intuitive” interface, the hallmark of a web-based platform. “The familiarity of using a web browser is so much more powerful than using a custom piece of software. There can be less on the screen, and fewer buttons to push, so it can be more obvious in terms of what they’re trying to accomplish.” For Pro Grind, that translates into higher estimating out- put and a more streamlined preconstruction workflow than a standalone piece of software could provide.

The Added Efficiency Of ProCore Integration:
According to Vander Veen, it’s the plug-and-play integration between ProEst and ProCore that offers the biggest advantage of all, especially for a company that was looking for ways to improve efficiency. “ProEst was the only web-based estimating package that interfaced with ProCore,” he said “Now we don’t have to double up on work. Having all the budgets come across rather than having to recreate everything into ProCore... is really a time saver.”

A defining characteristic of ProEst, according to Vander Veen, is how quickly it’s evolving; upgrades come quickly and issues are immediately addressed and resolved. “ProEst is very open to change,“ he said. “Their heads are not stuck in the sand.” Even better, says Vander Veen, while the enhancements to ProEst are often considerable, Pro Grind’s estimating process is never disrupted. “The changes you get are massive,” he said, “but you don’t know it, either, which is the best thing. It’s not completely changed or redefined.”

Vander Veen also appreciates ProEst’s “boots on the ground” representation in Australia, noting that the collaboration between Pro Grind and ProEst Implementation Consultant Eric Silcott has already yielded valuable results. “Eric understands what we do in term of the construction industry. He’s not just a software specialist, he actually knows both sides. He gets what I’m saying, so his opinion has special value.”

Meeting The Demands Of A New Line Of Business

In 2019, Pro Grind added a new line of floor coverings—carpet and vinyl—to their core flooring business, an expansion that required far more estimating detail than usual. As the nominated contractor for retail chains across the country, explained Vander Veen, their MPC installations tend to be very similar, so that few departures from the original estimate are needed. Specialized flooring, on the other hand, has placed new demands on Pro Grind estimators that would have been difficult to meet without their current platform. “The floor covering part of the business is very dynamic,” said Vander Veen. “Construction documents are always different—and there’s a lot of documentation and design changes; a lot of remeasuring and rechecking.” That’s the kind of detail and complexity that the ProEst system helps simplify in order to keep projects moving.

ProEst is a product that’s evolving quickly; it’s a much more complete system than it was even a few years ago."

Vander Veen also gives ProEst high marks for keeping his employees connected on a single, readily accessible platform, regardless of their location. That’s important to Pro Grind for two reasons; it more fully supports the company’s widespread construction projects—accommodating traveling project managers, contract administrators and other remote users—as well as providing the kind of human-centric work environment that Pro Grind executives want for their employees. “Not only does the platform support our business needs in terms of remote work and travel,” said Vander Veen, “it also helps us support our teams on a more human level, which is something that is incredibly important to us.”

Based in Melbourne, Australia, Pro Grind is a family-owned company that has provided mechanically polished concrete (MPC) flooring to corporate, retail, residential and industrial customers since 1997. With a client list that includes Woolworths, Coles, Home Co, Dan Murphy’s, BWS, The Good Guys and JB HI-FI, Pro Grind is considered one of the country’s premier concrete flooring contractors, collaborating with leading commercial and residential builders, developers and architects. The company installs approximately 250,000 square meters of polished concrete every year and has grown to include a workforce of seven full-time and 40+ subcontractors in locations across the country. In the past nine months, Pro Grind estimators prepared and submitted 395 project estimates with a project value in excess of $50M. The company anticipates an annual growth rate of 20% through 2025.
https://www.progrind.com.au/