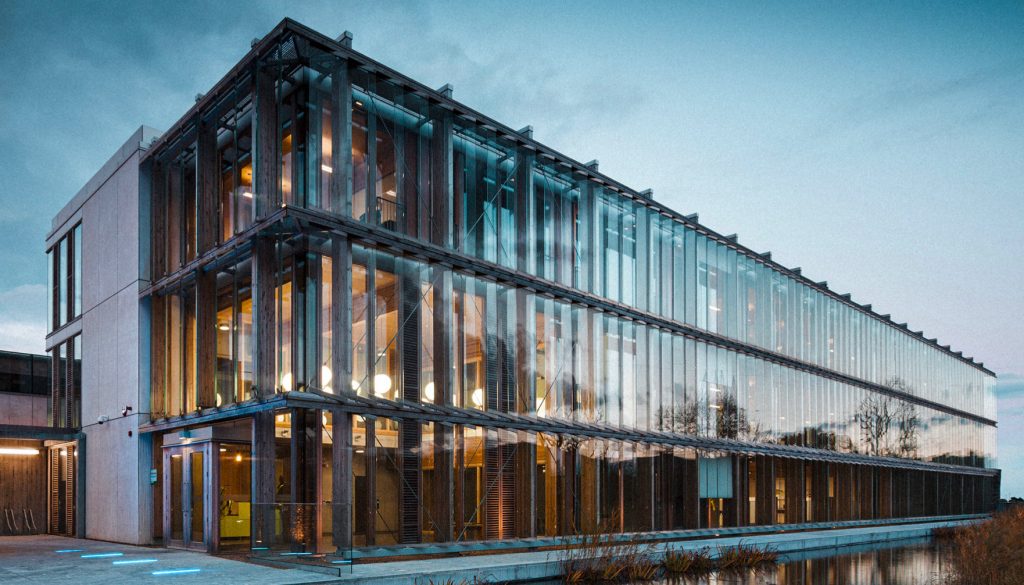 As a start-up with a small staff and aggressive growth goals, Whelan was forced to compete with much larger, more established construction companies for prime building projects in the area. With a multitude of tasks to perform—and limited resources to work with—daily multi-tasking for Brian Whelan and his colleagues was the norm, leading the team to seek out an automated estimating solution that would save them time and effort. No less important to Whelan was the ability to create client-facing proposals that were as the companies they were bidding against—if not more so.

I usually wear fifteen hats. ProEst took two or three of them off my head right away."

After an online search for construction estimating software and subsequent demo by the ProEst sales team, Whelan chose ProEst over competitive products, citing its ease of use and customizable reporting as key factors in his decision. He was impressed with ProEst’s graphical interface and logic, simplicity that other estimating software lacked. “I know there’s a lot going on in the background,” he said. “But for the user, [estimating with ProEst] is easy.” Whelan also believes that his company gained traction with new clients as a result of their ProEst-generated proposals. The detailed, branded estimates helped make Whelan a legitimate contender for larger projects.

I can create an estimate in ProEst in 40 minutes. The level of detail and professionalism of the estimate looks like I spent days on it."

With a small full-time staff, Whelan relied on ProEst to reduce the time spent on estimating and other preconstruction tasks. “When I was considering ProEst, I was a one-man band,” said Whelan, ”so I was looking for a solution that would maximize productivity and save a lot of man hours.” Having worked with custom-built estimating and project management software in the past, Whelan’s standards were high, and his requirements specific: the software had to import drawings and expedite takeoffs, include detailed cost coding and a comprehensive rate library, while being “fast, accurate and user-friendly.”

THE VALUE OF THE ONLINE DEMO

Though he didn’t know it at the time, Brian Whelan found that ProEst’s preference for a live, online product demo was a major selling point of the software. Modified versions of other software products, he explained, could be downloaded for trial purposes, but he found that he was unable to use them effectively without getting input from the product team. “That was one of the best things about ProEst,” he said. “They took it to the next level, showing how it worked, one on one.”

As the owner of a new company, Brian Whelan knew he would face stiff competition from larger, more established contractors in the area—and made sure early on to convey the depth of his construction leadership experience and Whelan Construction’s capabilities. That meant generating accurate, detailed proposals that elevated the brand to a new audience of prospects—and ProEst ticked that box. “For a small contractor to operate like a big contractor, it helped me out a lot,” he said. “ProEst reporting is incredibly strong. It helps me leave a great first impression with large clients.” Whelan finds that ProEst proposals, on the other hand, are universally well received, a function of the software’s colorful, easy-to-read graphs and other visual upgrades. “ProEst’s modern proposals have lots of visual elements that make them easy to read—this is a must-have in today’s fast-paced construction industry.”

Given the opportunity to bid on new projects across Vancouver, it was imperative for Whelan to create the kind of detailed cost visibility that commercial owners and government guidelines required and be efficient in the process. Their new ProEst estimating solution proved to be essential to their success. “It was part of my strategy to be transparent,” he said. “We included a lot of costing details that other [contractors] didn’t.” When it came time to accurately compare labor and material pricing from contractors bidding on the project, Whelan’s ability to provide line-item detail proved to be a real advantage. Whelan has successfully utilized ProEst to bid, win and book in twelve months commercial projects spanning to November 2021.

THE VALUE OF SIMPLICITY

In the end, Brian Whelan finds that the inherent simplicity of the ProEst platform is perhaps its most valuable feature. “It’s extremely user-friendly,” he explained. “Some companies make software and it’s so complicated. Albert Einstein once said that if you can’t explain something simply, you don’t know it well enough. ProEst has done all the difficult stuff behind the scenes to make it user-friendly, and I appreciate that.”

A newcomer to the Pacific Northwest building trade, British Columbia-based Whelan Construction is a general contractor and construction management company with a growing portfolio of commercial and civic projects. Founder Brian Whelan emigrated from Ireland to Canada in 2013 and has successfully led the construction of $400M worth of projects that include transportation, healthcare, institutional, marine, pharmaceutical, light industrial, and retail structures.
https://whelanconstruction.ca/