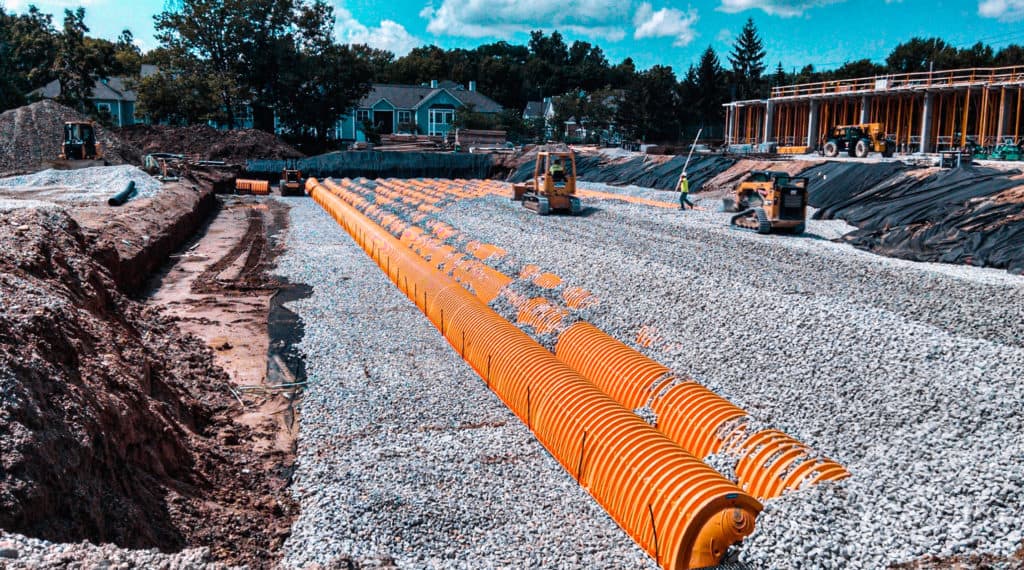 When Director of Preconstruction Peter Springsteen started at Millennium, the company was already using the desktop version of ProEst which it adopted in early 2007. Prior to implementing ProEst, the company had relied on a combination of QuickBooks and Timberline software, but found that the products lacked the power and integration they needed for data-driven public bids. Before moving permanently to the ProEst Cloud platform in 2018, Millennium considered a number of competitive estimating products, but based on favorable cost and feature com- parisons, ultimately determined that ProEst Cloud offered the best value for the money. The similarities between ProEst’s desktop and cloud solutions helped streamline the transition for company estimators, which for most users at Millennium, took less than a week. Once the data transfer was complete, said Springsteen, the process was seamless, and all estimating took place in the cloud.

The Unique Requirements Of Civil Construction

The goal for Millennium earthworks specialists has always been to “move earth one time,” the only way to save time and money and have minimum environmental impact on job sites. Yet, given that complex civil construction projects can last months or years, that can be a challenge for even the most experienced contractor. So how does Millennium consistently “get it right” the first time around? According to Springsteen, a lot depends on having an estimating and preconstruction process that’s powerful and accurate enough for their specific needs. ProEst, says Springsteen, has been valuable in helping them win contracts and remain profitable on the other end. “It does a good job in showing us unit costs, total costs and everything else we need to know going into a bid,” he said. “The nice thing is that its customizable to fit your needs, whether you’re a general contractor or a subcontractor.” ProEst estimating accuracy is a key success factor for Millennium too, which is especially important for the company’s many municipal bids, which are mandated to be open, public and are typically awarded to the lowest bidder.

Springsteen has worked in the industry long enough to know how far construction estimating software has come in the last twenty years. Early on, he says, he still performed some calculations by hand and typed everything into each estimate, whereas now, digital automation takes care of the same tasks in a fraction of the time. “With ProEst, you can do your takeoffs on-screen, and it generates costs as you go. It’s hard to even measure the amount of time it has saved us over the years.”

For the money and the features you get especially being in the cloud, it’s hard to beat it.”

After working with ProEst Cloud for the past two years, Springsteen especially appreciates the convenience of its web-based platform, something he can’t see Millennium’s estimators trying to work efficiently without. “ProEst is great for what we do,” he said. “We’ve looked at other software before, but for the money and the features you get, especially in the cloud, it’s hard to beat it. It’s so convenient because it’s all in one place.” Remote access to ProEst has proven to be a productivity boost, too, eliminating the need to store and transport documents on disks, thumb drives or perform other workarounds. “Before, everything was tethered to the computer or server where you’re located. Now you can access (your estimates) anywhere.” Asked if he would consider using an estimating solution that wasn’t in the cloud, Springsteen was clear. “Not anymore,” he said.

Before, everything was tethered to the computer or server where you’re located. Now you can access (your estimates) anywhere.”

Like other companies that specialize in full-service civil construction, Millennium Contractors brings a lot to the table—literally—every time they take on a job. Their equipment arsenal typically includes heavy-duty industrial excavation machinery such as crawler-tractors, dump trucks, hydraulic excavators and shovels, wheel loaders, motor scrapers and graders, off-highway water equipment and compactors. All are critical to site preparation, whether its breaking ground for schools and residential developments or excavating commercial, industrial sites and roadways; all have been in high demand in the Indianapolis area. “The market has been pretty busy for the past three or four years,” said Springsteen, and he sees no evidence of a slowdown anytime soon. “On the estimating side, it’s been busier than ever,” he said. Everybody wants numbers.” With ProEst in place, Millennium is well-equipped to meet the demand.

Indianapolis-based Millennium Contractors is a family- owned civil construction company that works with private developers, general contractors and municipalities throughout Marion County and surrounding counties to provide coordinated excavating, water removal, underground utilities installation and other essential sitework services. Established in 1999, Millennium recently acquired two concrete-specific construction companies as a separate line of business and has grown to include a workforce of 100+ employees. The company’s five estimators generated 386 proposals in 2019, with awarded jobs ranging in value from $200K to $5M. In the first few months of 2020, the company has seen rising demand for both commercial and municipal bids and forecasts a 25% annual growth rate within the next five years.
https://www.mcontractors.com/