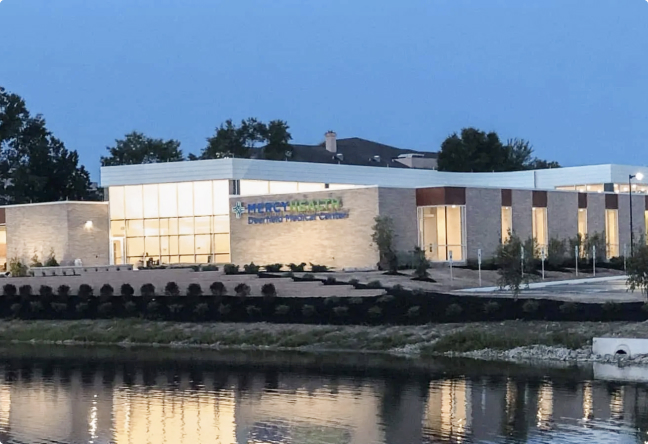 The Oswald Company Steps Into The Future

How ProEst helped estimators transition from Excel to the cloud.

As a mid-size company that maintains a 4-6 member pre-construction team, Oswald Company was eager to make a change to their estimating and pre-construction management platform—improving the efficiency and cost-effectiveness of their in-house estimating activities. While they ultimately selected ProCore as their project management solution, estimators were still relying on Excel spreadsheets as their primary estimating tool. The result was a lack of consistency that produced inefficient reporting and delayed results.

Bryan Riehle, Director of Preconstruction for Oswald, was well aware of the need for an improved estimating solution. “The largest problem with Excel was its lack of consistency,” he said. Over the course of 6 months, Riehle and the estimating team evaluated seven estimating products that integrated with their Procore management solution, and from there, narrowed it down to two. Ultimately, ProEst was chosen for its flexibility and reasonable cost. An in-house “soft” implementation of ProEst followed toward the end of 2017 and the first part of 2018, at which point the company transitioned away from Excel almost entirely, using ProEst for the majority of their estimates. For Riehle and his team, the impact was immediate—and game-changing. “It was a completely different way of setting up projects,” he said.

The integration of Procore and ProEst has helped us eliminate a lot of the double, triple and quadruple entries of costs between platforms."

A Focus On End-User Needs

Riehle was similarly impressed with the ProEst implementation and training process, which, he said, was smooth and trouble-free. Multiple training sessions, conducted live at the company’s offices, helped ensure that his estimators were fully aware of ProEst features and functions and felt comfortable with the platform as a whole. He also has high praise for the ProEst technical team. “With any software, there are going to be glitches or issues that arise,” he said. “ProEst Customer Service would give me a call in less than 24 hours and say, this is what we’re experiencing, it’s in the queue, or we fixed the problem.”

With ProEst, we know that when we enter a number or make a change, that the bottom dollar will always be accurate."

Most notable, says Riehle, is how much time is saved through ProEst and ProCore integration. “It’s not an hour, it’s not two hours, it’s not a multi-day process,” he said. “It’s literally within seconds of sending data from ProEst to ProCore that they can start using that data in their system.” And because the platform is cloud-based, data is accessible to anyone, from anywhere, so informed decisions can be made “on the fly” without unnecessary bottlenecks or delays. The bottom line for Riehle? The new-found confidence he has in the accuracy, efficiency, and competitiveness of the company’s estimates. “If you compare us now to where we were five years ago, we’re doing a lot more volume,” he said. “We’ve grown exponentially.” With a forecasted growth of 20-25% by 2025, Oswald Company found the perfect partnership—at the perfect time—with ProEst.

Launched in 1991, Cincinnati-based Oswald Company provides construction, development and design-build services for corporate, commercial, healthcare, senior care and institutional clients throughout Ohio and surrounding areas. With an employee base of 45 and goals for higher annual revenue, the company prioritizes process efficiency and waste reduction, and employs a number of Lean-inspired tools and technologies throughout the lifecycle of their building projects. Revenues are projected to reach $110M within the next three years.
https://oswaldco.com/