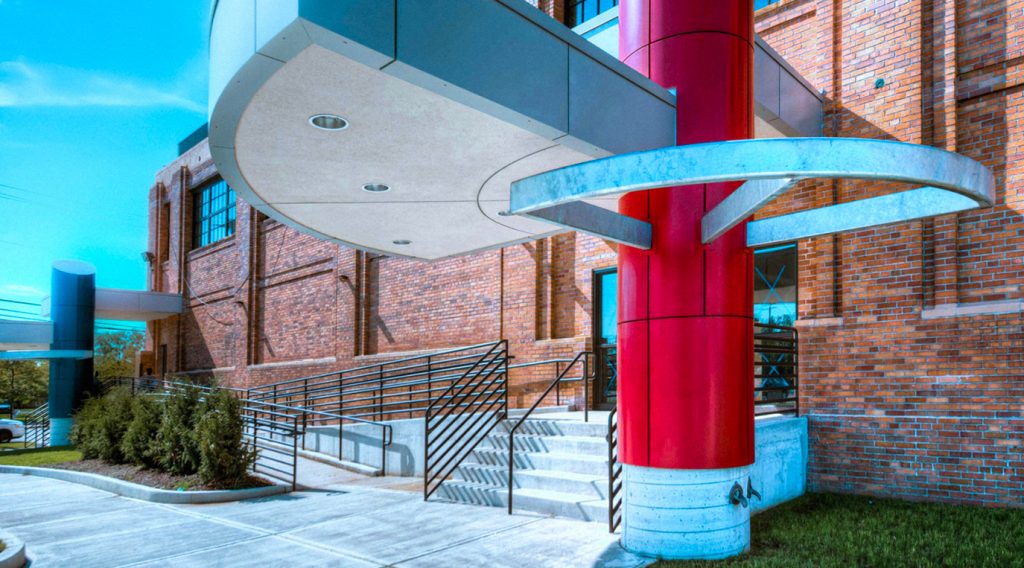 O’Brien Transitions Precon to the Cloud

A ProEst client for the past seven years, O’Brien Construction had previously relied on Excel spreadsheets to prepare and submit their budgets. A period of increased building activity and vigorous company growth led Dave Vivio, O’Brien’s VP and Director of Preconstruction Management, to seek a more streamlined approach to cost estimating and other precon tasks, and, acting on the recommendation of the ComputerEase team, adopted ProEst as the company’s estimating solution in 2014. Six years later, the company transitioned to the ProEst cloud platform, enabling them to fully integrate ProEst with ComputerEase, their Procore construction management solution and other business software.

When we really started to departmentalize the precon process, ProEst was our tool."

For most of its 50+-year history, O’Brien ran their construction jobs in the same linear way: each project estimator “followed” the build through to completion, acting as the project lead from beginning to end. But as awarded jobs multiplied and demand for budgets grew, it became clear that the company needed a more formalized approach to estimating and precon management. In part, explained Dave Vivio, the introduction of ProEst helped them achieve it. “We’ve grown along with ProEst,” he said. “We didn’t always have an estimating department. Six or seven years ago, when we really started to departmentalize the precon process, ProEst was our tool.”

The ability to collaborate on an estimate is huge. It’s much more user-friendly and streamlined."

O’Brien stuck with their ProEst desktop solution until 2020, until remote work was mandated by state and local officials. To stay productive, the company transitioned to ProEst cloud mid-year, providing a much-needed virtual connection among their precon personnel. Thanks to web-based access, said Vivio, his team members could work together on the same estimate at the same time regardless of their location— safeguarding their usual precon protocols and keeping project timelines on track. “The ability to collaborate on an estimate is huge,” he said. “It’s much more user-friendly and streamlined.”

By any measure, moving to the ProEst cloud platform has been a major change for Vivio and his team, none more game-changing than the ability to collaborate in real time. In an Excel scenario, he said, it’s all but impossible for team members to work on a bid simultaneously, requiring one-by-one inputs that slowed the bid process considerably. With ProEst cloud, on the other hand, O’Brien estimators, precon managers and other project stakeholders are able to make individual contributions together, setting schedules, inputting numbers, checking line items and verifying mark ups at the same time.

INCREASING THE POWER OF BID-DAY ANALYSIS

Vivio is the first to say that their preconstruction process is not necessarily typical of a large GC, noting that they are usually engaged early in the project along with architects and engineers. Now that O’Brien occupies a niche position in the multi-family housing market, the company is hired primarily on the basis of their resume and past successes with clients they know. Because the majority of their work is negotiated, he explained, ProEst plays a slightly different role, helping the precon team create conceptual estimates that serve as budget-setting for the subcontractor bid process down the road. That’s why ProEst Bid Day Analysis is so important to the O’Brien team—and why Vivio is proactively working with ProEst developers to bring the feature in line with their needs and goals. “We use the bid day function a lot,” he said, “We compare multiple bids back to our estimate and the ones we select become our final budget.”

I really like the fact that this is a one-stop place for everything from leads to a final budget."

Vivio also appreciates how ProEst has standardized the company’s reporting, helping them produce polished, consistently formatted reports that so far, have made a favorable impression on their clients. “Every estimate, no matter who the estimator is, comes out looking the same way. The report writer functionality is great,” he said. “Before cloud, it was difficult to change a report for each job. On the cloud platform, it allows us to summarize information—or provide detail—all in one nice clean report. It’s much more flexible.”

PARTNERING WITH AN INDUSTRY INNOVATOR

Vivio reports that since ProEst has been in place at O’Brien, the software has received high marks from the precon team for its functionality and ease of use. Just as important, says Vivio, ProEst support has been “fantastic” any time they’ve had questions or need clarification. He also values ProEst’s commitment to being an innovator in the construction estimating space, and in his four years as a client, has noticed significant enhancements to the product. “I’ve certainly noticed that the things we bring up get addressed as updates,” he said. As he points out, new features, many based on feedback and recommendations from users, appear all the time, a clear indication that when clients talk, ProEst listens.

O’Brien Construction was founded in 1962 in Water- ford Township, Michigan by Eddie O’Brien, a licensed civil engineer, starting with a single small office and a handful of field personnel. Today, the second-generation company is led by son Tim O’Brien, and has grown to include 56 full-time field and office employees, including a 6-member precon team, who together generate more than $100M in annual revenue. With commercial projects that include multi-family housing, assisted living, historic preservation, renovations, municipal and education and religious construction, O’Brien Construction now serves the city of Detroit and environs as well as locations through- out southeast Michigan. The company is the recipient of multiple awards for historic preservation, community impact and environmental achievement, and has been recognized annually for the past twenty years by the AGC for outstanding safety performance.
https://www.obriencc.com/