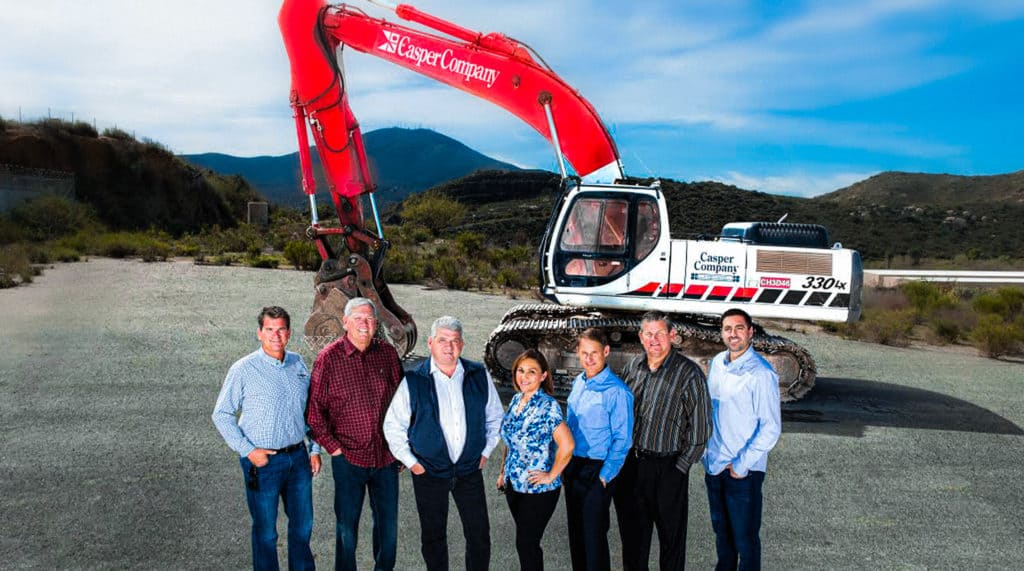 DEMOLITION ON THE CUTTING EDGE

Taking Digital Takeoffs to the Next Level.

Before moving to the ProEst platform in 2019, Casper estimators were using Excel and a standalone take- off tool to prepare and submit their bids, primarily to general contracting companies with commercial and public works infrastructure projects. The takeoff solution had been in place for more than a decade, and while workable, it was unable to integrate with the company’s recently implemented back-end accounting software—an issue that was a priority for Casper Company’s Noal Quinci. The intention was to create a seamless transfer of project information between applications that would eliminate the time and effort associated with double data entry.

A new appreciation for mobile capabilities

Although integration capabilities were top-of-mind for Casper when they selected ProEst, once the solution was up and running, the company gained a new appreciation for the freedom and flexibility that a cloud estimating solution had to offer. In fact, says Quinci, when stay-at-home mandates were put in place early in 2020, ProEst kept their team of estimators working at full capacity even from remote locations, a major advantage over the unconnected on-premise takeoff product they had before. “Now, I’m able to be as productive at home as I was at the office,” he said. “If we didn’t have ProEst, I wouldn’t be able to estimate at home. ProEst has changed the way I do business.”

ProEst has changed the way I do business. The system performs really well."

Quinci also uses ProEst mobile capabilities to monitor progress on Casper’s jobs—and to share in real time relevant project information with onsite superintendents and other personnel. “I’ll bring my iPad, which gives me access to all of the plans, so I am able to check up on my jobs while I’m there,” he said. “That’s a big convenience factor.” In fact, given the advantages that ProEst digital access has to offer, Casper has made a new investment in mobile technology, equipping key personnel with Surface Pro hybrid notebook computers. With the right tools in place, the company is well-positioned to strengthen their digital capabilities both in the office and in the field.

I brought everyone in for training, and they were ecstatic with what they saw."

Meeting the demands of project diversity

As a demolition specialist, Casper regularly performs both interior and exterior work for their general contractor clients, preparing office space, lab facilities and other commercial properties for rehab and renovation. It’s the diverse nature of each job site—size, location, building type, ease of access, structural specs and other factors—that requires Casper estimators to maintain a comprehensive database containing hundreds of conditions that may come into play. Given the size and complexity of the information set, Casper found that their previous takeoff tool often fell short, forcing estimators to do time-consuming workarounds that cut down on their productivity and added a level of frustration to their work. “Before ProEst,” explained Quinci, “I would literally have to make a mental note of, or write down, each condition, and then manually separate that out when I was doing my pricing.” With multiple phases for each condition in every bid he and his estimators prepared, calculating costs was a sizable task..

Once the ProEst platform was properly in place and the database fully developed, all of that changed, said Quinci, giving his team a simplified—and significantly less demanding—takeoff experience. “The plans are easy to load, and I love the sort types,” he said. “If you have multiple phases on the same plan that have to be priced out separately, the alternate sort type function is super easy; it takes a lot of the thinking out of the pricing part of a proposal.”

ProEst tech support is really attentive; I always get a response within an hour."

Meeting the demands of project diversity

Quinci credits long-standing client relationships with the high volume of estimates he personally prepares—an average of 17 a week. “We keep doing good work and people come back to us for more,” he said. In the twelve months that ProEst has been in place, says Quinci, the solution has helped the company stay ahead of constant demand for project proposals, and he gives the ProEst tech- nology support team high marks for their knowledge and responsiveness whenever an issue needs to be resolved. “ProEst tech support is really attentive; I always get a response within an hour.”

Moving forward, Quinci sees ProEst cloud-based mobile capabilities as enabling a new and different workstyle for Casper employees, even after work-from-home mandates lift and people return to the office. “For us, mobility is the biggest thing,” he said. “It’s been great.”

Based in Spring Valley, California, Casper Company is an award-winning demolition and concrete cutting subcontractor with projects that include Sea World, San Diego Airport, Viejas Casino, San Diego City Schools and projects for the U.S. Navy. Founded in 1984, the family-owned company has grown to include a workforce of 180 full-time employees. The company’s commitment to rigorous training and safety protocols has led to many long-term GC client relationships and a reputation for quality and consistency. Their estimating and pre-construction management processes are supported by the ProEst Cloud platform, which the company adopted in 2019. Casper prepares and submits an average of 2,000 estimates a year and generates approximately $30M in annual revenue.
https://www.caspercompany.com/