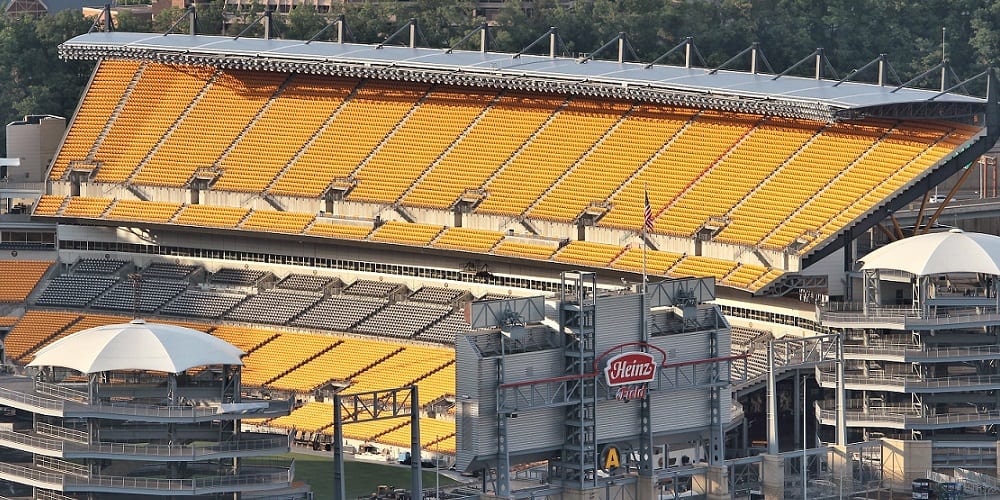 One of the most noticeable impacts of Covid-19 is the absence of professional sports, cancelled out of concern for the safety of players, support staff and fans. But with an eye on the future, construction on new stadium and arena projects continues—with some restrictions-- across the country.

The future is uncertain for the NFL, NHL, MLB, NBA and MLS, with seasons disrupted and, in the short term at least, no games in sight. Yet, eight stadiums and arenas are currently under construction or about to break ground in all five U.S. professional sports. And while a few locations, including Long Island, New York and Austin, Texas were forced to shut down altogether, the majority of the projects—including the $5B SoFi Stadium in Los Angeles-- have been allowed to continue virtually without interruption, albeit with new guidelines and processes designed to safeguard onsite construction teams. Until the emergence of Covid-19, crews of 3,200 were working around the clock to accommodate the stadium’s first scheduled events.

Construction managers concede that recently enacted stay-at-home and social distancing regulations make the challenges of stadium construction even more difficult for workers accustomed to working side by side and in close proximity, and many have introduced additional safety measures to help ensure that sites remain open and building continues. Because new stadium and arena projects typically have extended completion timelines, few construction managers anticipated the scope and duration of delays that Covid-19 could potentially cause, and many are reluctant to cease work unless ordered to do so. At stake are billions of municipality-backed investment dollars that could remain idle for the foreseeable future.

Enacting new job site protocols
In the case of the SoFi Stadium—being readied for a now-canceled Taylor Swift concert in July and the NFL’s Rams’ and Chargers’ scheduled move-in later in the summer—arriving workers undergo a daily temperature check and are asked to practice social distancing and other safety protocols. The project has been allowed to continue in spite of state-mandated shelter-in-place orders, though team management and local officials won’t rule out the possibility of a delayed opening. With anticipated revenue potentially at risk, construction companies are feeling the pressure to finish on time, yet remain realistic about a newly restricted work environment that inhibits onsite productivity. So far, say authorities, two SoFi project workers have tested positive for Covid-19.

Facing similar challenges is the ultra-modern $1.8B Allegiant Stadium in Las Vegas, originally scheduled for completion in late August to welcome the relocating Oakland Raiders. Like California, Nevada had issued sweeping stay-at-home orders that so far, the stadium project has managed to avoid. The Raiders' move follows years of failed efforts by team owner Mark Davis to renovate or replace the Oakland Coliseum, making the new Allegiant Stadium central to the Raiders Las Vegas legacy.

MLS expansion drives new construction
The construction of NHL arenas has begun in Seattle and New York, although originally projected 2021 opening dates are expected to be impacted by Covid-19-related delays. MLS expansion teams have four stadiums in the works, though St. Louis and Sacramento, both scheduled to join the league in 2022, have yet to break ground and were expected to begin construction this spring. The fate of those projects remain uncertain, but both teams have alternative venues that would allow league play to continue once restrictions are lifted.

For now, stadium and arena construction continues in an unprecedented wait-and-see atmosphere--- though the NFL has hinted at a September start date with contingencies and the NHL is drawing up plans for their interrupted season playoffs—taking some pressure off stadium and arena contractors to meet deadlines that are more or less in flux. Yet all are working within “new normal” parameters that adds an unpredictable new wrinkle to job safety, scheduling and cost control, and making traditional planning mechanisms moot. Exactly when seasons will open and games will get underway remains unclear, but when they do, fans are hopeful that stadiums and arenas promised years ago will be ready and waiting to open their doors.