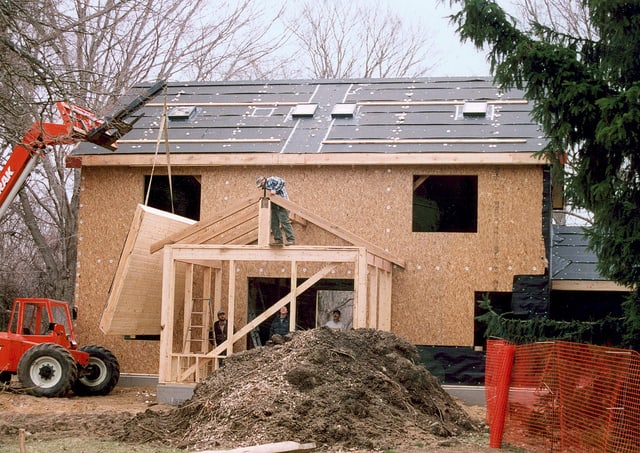 The rate of new housing construction plummeted by 9.3 percent from May to June of this year, a nine-month low, led by a drastic drop off in the South.
According a report by Washington’s Commerce Department, 985,000 new homes were started in May, but that number dipped to 893,000 in June. This bit of bad news reveals something about the struggles of the construction industry even as the economy continues to recover. Based on a news report by Bloomberg, the annual rate of housing starts peaked this year at 1.07 million homes in April, but has been spiraling downward since then.

Some of the aggravating factors that may have led to the drop in numbers include higher rates in mortgage and steeper property prices, a decline in the number of experienced workers in the construction field, and a decrease in the number of available lots for building homes. Another contributing factor – although indirect and slightly unrelated to residential construction projects – is instability in stocks due to the ongoing conflicts in Gaza and Ukraine.

Meanwhile, out of the four real estate regions, the South registered a huge plunge of 29.6 percent in overall construction projects, the largest since 1959. In contrast, the Midwest region increased by 28.1 percent, the Northeast by 14.1 percent, and the West by 2.6 percent. The biggest factor for the South region’s nosedive is the harsh weather conditions this past winter, which resulted in fewer areas for building this construction season.

The majority of real estate properties have become more expensive, increasing in cost by close to 7 percent compared to last year. An average new home is now selling for more than $280,000. In addition to this, mortgage rates are steeper than last year, rising to 4.13 percent in May 2014 from from 3.35 percent in May 2013.

In comparison, industrial construction rocketed its way to an increase of about 24 percent last July. This figure, according to the Federal Reserve Bank of Philadelphia, is the highest since March 2011, and spells big bucks for the U.S. economy.