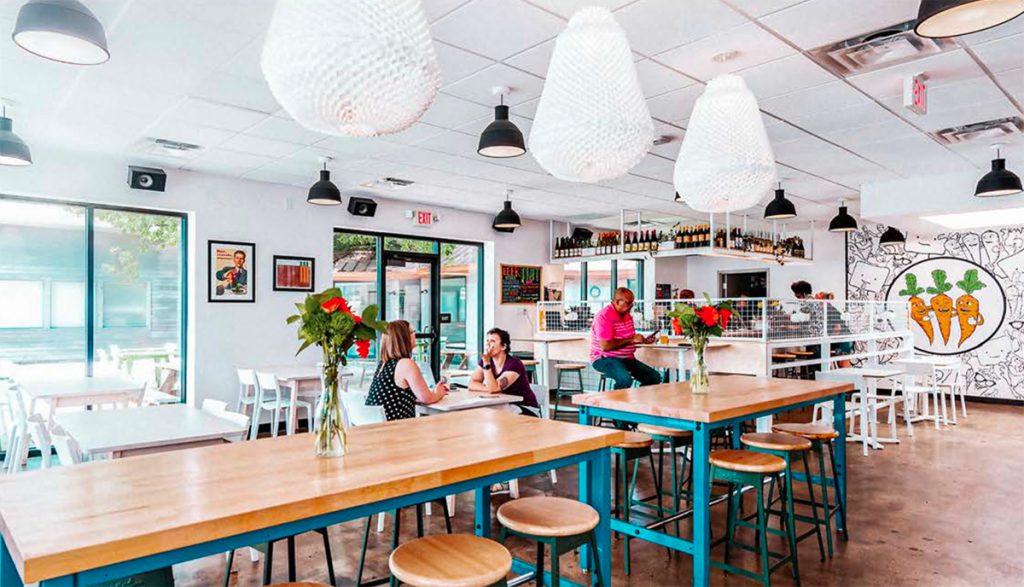 EMPOWERED BY THE CLOUD

How ProEst Helped a Start-Up Get Up to Speed.

Before adopting the ProEst platform in 2019, Inherent estimators were using a commercial spreadsheet application to prepare and submit their project bids. But its limited functionality—coupled with growing demand for project proposals—led Director of Preconstruction Greg Sherwin to look for an alternative estimating and precon solution. Two years earlier, he had conducted a similar search for another company, and ProEst had made a lasting impression. After reviewing a comprehensive “pro and con” comparison of available options, followed by live demos with the ownership of each company, the Inherent executive team selected the ProEst system. Why? According to Sherwin, ProEst led the field due to its web-based functionality, easy-to-use interface and the ability to integrate with Procore.

We’re a very fast-paced, agile company that does a lot of work in a lean fashion. ProEst helps us do that."

While Inherent couldn’t have predicted the pandemic- related restrictions of 2020, Greg Sherwin’s prior experience with online construction platforms and virtual formats helped ensure that the company was ready for any stay- at-home mandate that came their way. With both ProEst and Procore in the mix, Inherent was able to maintain precon workflows even while team members were out of the office and working remotely. Their commitment to a cloud-based platform made all the difference; the “old way” at his former company, explained Sherwin, involved an off-premise file server, VPNs and an overlay network that were cumbersome to access and use. Result: workflows slowed down or stopped altogether, and productivity took a hit. When systems transition to the web, says Sherwin, the benefits become clear, and he predicts that remote use by estimators and project managers will become the norm even after workplace restrictions are lifted. “Now, everything we do is in the cloud,” he said. “I can be at home or anywhere—I can open my laptop at nine o-clock at night and everything that I use every day is at my fingertips.”

ProEst has taken us leaps and bounds forward from spreadsheets."

MOVING FROM CONCEPT TO REALITY

Although the company submits a handful of competitive bids every year, most of Inherent’s work is negotiated, requiring estimators to generate drawings that serve as the basis for development budgets. As projects evolve— and architects and owners weigh in on building details—Inherent estimators use ProEst to continuously refine and quantify where the project will eventually end up. “We may only touch twenty or thirty projects,” explained Sherwin, “but we may do fifty or sixty conceptual estimates.” Using ProEst takeoff tools, estimators address areas, counts, linear dimensions and other elements to create a baseline of what will happen— and then quantify it in as much detail as possible. That, says Sherwin, leads to far higher levels of accuracy down the road. “The more vague the information, the more contingency we have,” he explained. As budgets get refined, that contingency reduces. The goal, says Sherwin, is for projected costs to go down every time an iteration is done—and ProEst offers the kind of speed and accuracy that helps them succeed. Specifically, Sherwin considers ProEst integrated take-off tools as invaluable to their estimating process. “Having everything linked together seamlessly makes all the difference.”

Sherwin makes no secret of the fact that he is fan of technology in general—and the cloud in particular. Tasked with generating up to 30+ bids a year and keeping precon workflows moving as more awarded projects come through the door, he credits the ProEst cloud platform with making it all possible. Even more efficiency will be gained as Inherent connects ProEst to Procore for project management. While it’s still in the testing phase, Sherwin is already impressed with how much time and effort the company can save through integration. “Being able to push that budget over seamlessly is awesome,” he said. “I don’t need to export it out, send it to an admin to put it in a new format, import it back, then check with the original to make sure it’s all correct. Now we set a budget up in ProEst, say this is how the budget is going to look, push it over, and we know it’s right every time.”

We set a budget up in ProEst, push it over, and we know it’s right every time."

Sherwin reports that in spite of the impacts of the pandemic, the Indianapolis market is booming, saturated with building projects. As Inherent grows as a company and continues to expand its staff—many with existing client relationships—there’s even greater potential for projects. “As the company grows, the network of client relationships grows,” said Sherwin. With ProEst as their precon technology partner, the sky’s the limit.

Indianapolis-based Inherent Commercial is a full- service general contractor and construction management company that has completed new-build and renovation work throughout central Indiana, including commercial and multi-family residential properties and historic adaptive re-use projects. Founded as a new business start-up in 2017, the company has experienced rapid growth, expanding from two employees to twelve in less than four years. Inherent’s signature turn-key approach is supported by technologies that include both ProEst and Pro- core, cloud-based applications selected for their functionality and ability to scale. The company prepares and submits hundreds of estimates a year, on track to generate $20M in revenue in 2021 and forecasts a double-digit growth rate over the next five years.
https://inherentco.com/