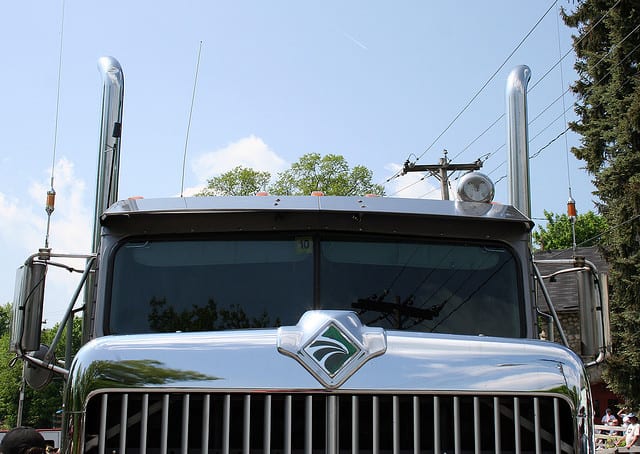 The primary environmental agency in the U.S. is teaming up with the country’s traffic safety arm to set guidelines for fuel efficiency of heavy machinery.
The U.S. Environmental Protection Agency has coordinated with the National Highway Traffic Safety Administration to formulate a list of rules for greenhouse gas emissions and fuel usage of medium and heavy-duty trucks. The announcement was released on June 19 to become the second phase in a string of regulations for heavy equipment manufactured between 2014 and 2018.

Coverage of the proposed rule includes “buses, large pickup trucks and vans, large work trucks—such as concrete mixers—and tractor-trailers,” as reported in a news item. Although the new rules do not specify which technologies are required to be implemented in the trucks, projected to be included are; “advanced transmissions, engine combustion controls, aerodynamic improvements and low-rolling-resistance tires.”

U.S. Department of Transportation Secretary Anthony Foxx declared that this move is beneficial not only for the environment but also for the economy. “When trucks use less fuel, shipping costs go down,” Foxx said. Estimates on annual savings are pegged at $150 per U.S. household by 2030.

The rules aim to improve fuel efficiency and bring down greenhouse gas emissions by roughly 24 percent upon the arrival of the heavy-duty truck models from year 2021 to 2027.

The proposal doesn’t come without concerns, especially from the trucking groups who are apprehensive about additional costs that they may incur as part of the rule requirements. The American Truck Dealers and the National Automobile Dealers Association estimate the additional expense at $12,000 per truck, which might adversely affect the economy. Despite this, the agencies hope to receive feedback from the general public within two months after the announcement, from which the final set of rules will be formulated and released by 2016.