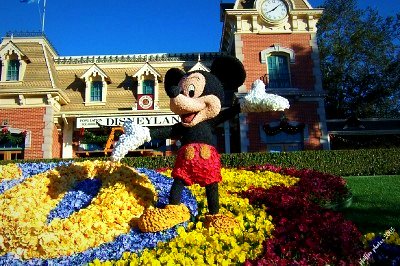 Kids of all ages in California will giggle in sheer delight when they learn about upcoming plans for arguably the happiest place in the world.
The Walt Disney Co. is set to embark on a massive improvement and expansion of Disneyland Resort, the 160-acre entertainment complex in Anaheim, California. The $1-billion development includes additional theme park attractions and more parking spaces for its visitors.

However, here’s the caveat: Disney wants the city to exempt admission tickets to the theme park from taxation for 30 more years. The mega-facility is currently being exempt from taxes since 1996, but the tax exemption policy will expire on June 30, 2016. “We are asking city leaders to continue with a policy set two decades ago that has driven unprecedented job creation, growth and prosperity and enabled the city to invest in vital services that benefit every Anaheim resident,” said Disneyland Resort president Michael Colglazier in a news release.

Anaheim Mayor Tom Tait was a supporter of the existing tax release for Disney, but economic movements have changed his decision on the matter. “As much as I’d like to see Disney expand, there are other ways to help them by streamlining the development process and speeding up approval times ... Chaining the hands of future residents on their ability to impose taxes will jeopardize the city’s financial health,” Tait expressed.

Upon the agreement of Disney and Anaheim City Council, the expansion is slated to begin in the latter part of 2017 and will finish on or before December 2024.

A similar expansion project was completed in 2012 for Disney California Adventure, which cost roughly $1 billion and generated about 1,700 jobs every year until its completion. Overall, Disney is recorded as the largest employer in Orange County, with about 28,000 people under its employ in Anaheim alone.

Disneyland Resort execs hope that the city will consider their plea for an extended tax exemption, given the city’s drive for economic growth. “Anaheim has been an economic success story thanks to its policies and initiatives that allow businesses to invest and thrive,” Colglazier added.