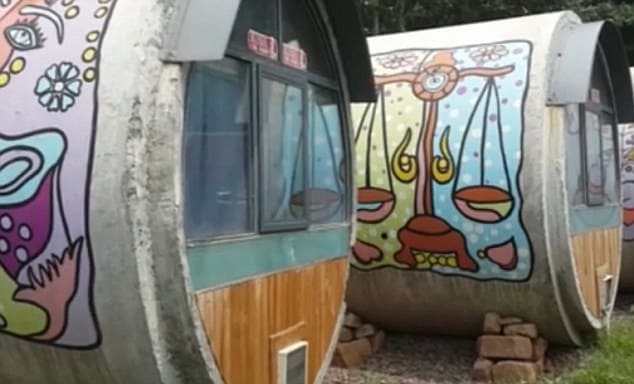 Chinese hotel made out of old concrete pipes

Do you fancy a simple hotel that provides excellent privacy?
A Chinese businessman has thought of a great idea to use recycled materials and come up with a one-of-a-kind hotel experience.

Located in the east-central province of Henan in China, the hotel rooms are made of old concrete pipes. While this may sound like cheap and lousy accommodation, the landmark construction boasts of recycled concrete tubes cut into 15 hotel rooms with a double bed and air conditioning in each one. Each room can accommodate two people comfortably. According to the UK Daily Mail, the outside walls of the cylindrical rooms are painted with street art to add some basic flair onto the otherwise simplistic construction approach.

Tourists find these hotel rooms to be a quick and affordable residence while on vacation in Henan. The province is known for its historic tourist spots, most notably Yin, which was once the country's capital during the Shang Dynasty. The hotel's owner wants to pull in more visitors and locals into the simpler life in the province. 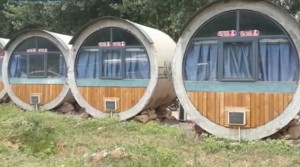 According to the American Concrete Pipe Association, the strength of concrete pipes varies according to installation type. Concrete pipes, like the ones used by the Chinese hotelier, are built to withstand high pressures, particularly when buried. The strength of the pipe may be determined by the minimum fill height as well as the class of pipe used. Unfortunately, the recycled nature of the concrete cylinders used in the Henan hotels makes it difficult to identify the pipe strength as they were originally designed for.

In addition to this, the estimated life of concrete pipes is about 70 to 100 years. In the case of the cylinders used in the Chinese hotel rooms, the service life might not have been determined as of yet. Get more out of your business by saving with ProEst's RS means cost data.